What do Jean Seberg and Baltimore have in common? As an expat living in Paris, she was deeply indebted to a girl in Baltimore who periodically sent her large jars of peanut butter... a commodity she longed for while in France.
A prolific actress (let me tell you, it is pretty impressive to have completed 37 films before one's 40th birthday), there is still much controversy surrounding her life and death - especially due to the fact that she become active in left wing political groups in the late 1960's. She, (along with Jane Fonda) especially supported the revolutionary leftist organization, The Black Panthers. This caught the attention of J. Edgar Hoover who considered her a genuine liability. In an attempt to have her 'neutralised', it is reported that the FBI ran a smear campaign - fabricating a letter which implied that the father of her child was not her husband, but rather a member of the Black Panthers. The resulting scandal caused her to give birth prematurely to a stillborn child. The story goes that at a press conference, she presented the flabbergasted reporters with her dead baby. The act, while extreme, put paid to the rumors. But the FBI continued to pursue her relentlessly, until she moved to Paris.
Tragically, Jean Seberg was prone to bouts of deep depression. She tried to take her own life on each subsequent anniversary of her infant child's death. She even threw herself in front of one of the trains in the Metro and just survived. Finally, in 1979, she went missing in Paris and was found eleven days later in the backseat of her car, allegedly having committed suicide.
Seberg was buried in the Montparnasse Cemetery in Paris, her funeral was attended by the likes of Jean-Paul Sartre and Simone de Beauvoir, who now share a grave just metres away... 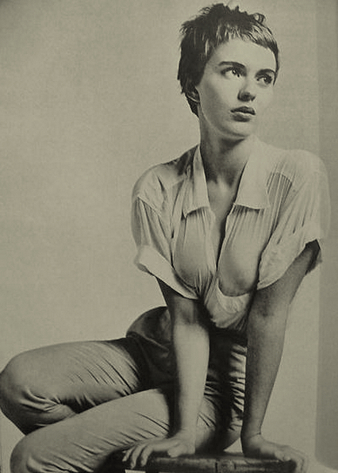 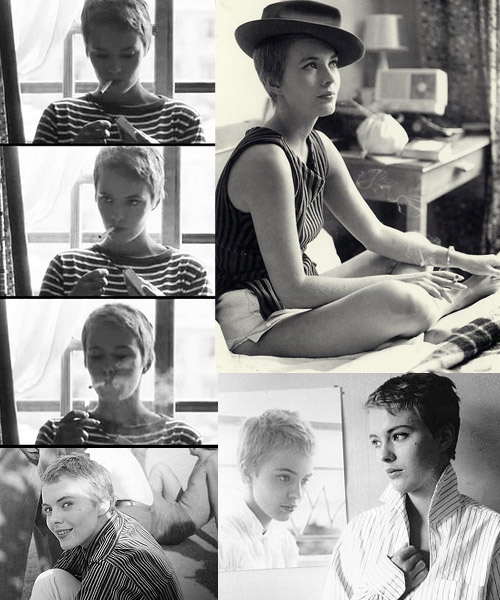 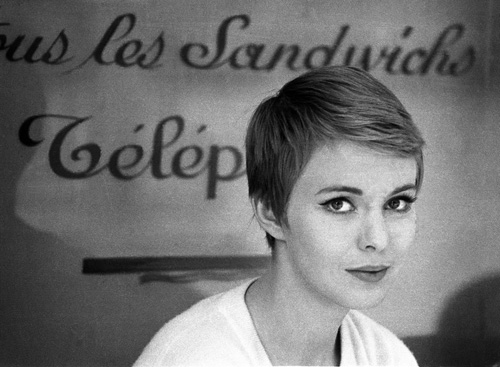 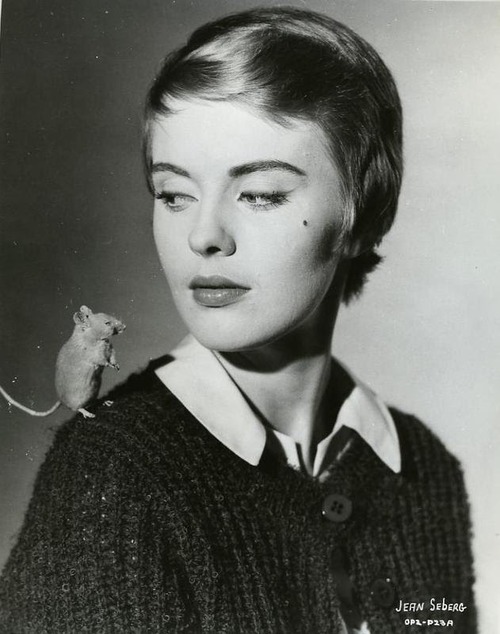 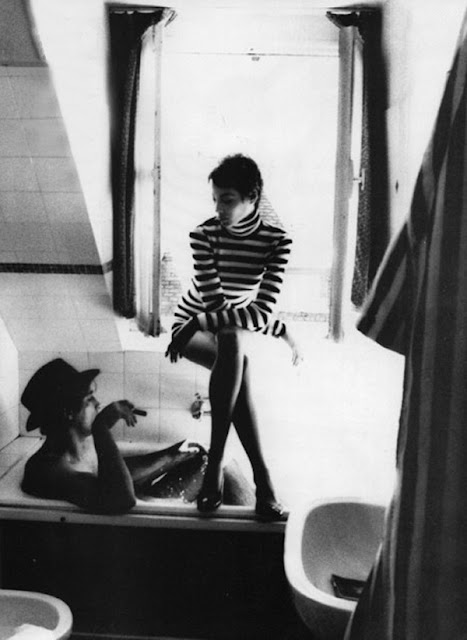 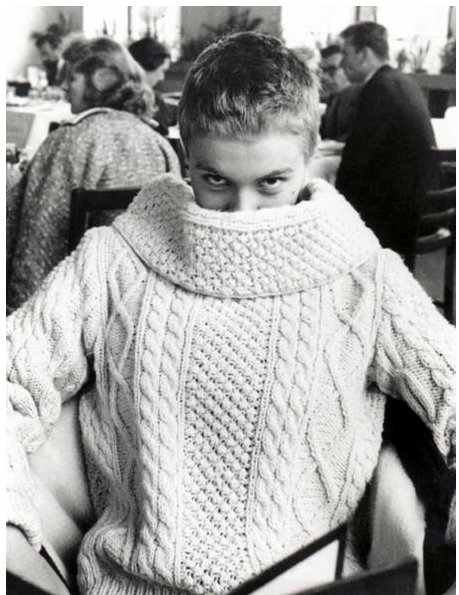 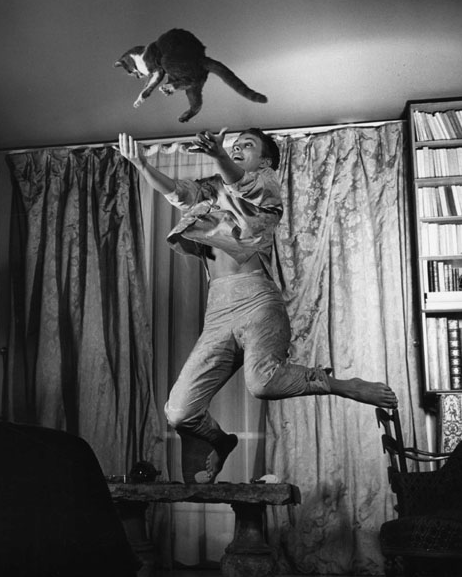 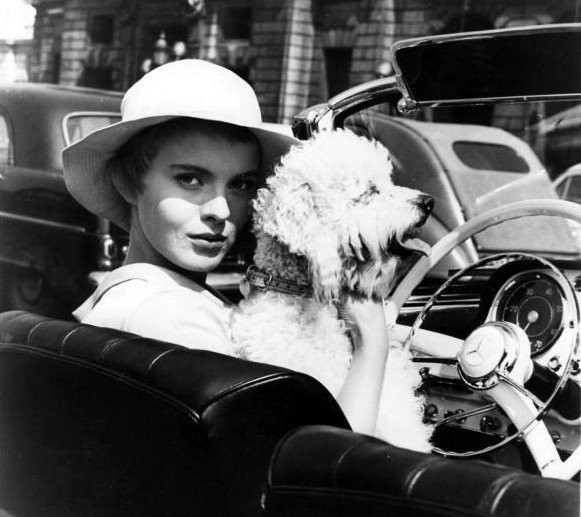 And one color photograph... 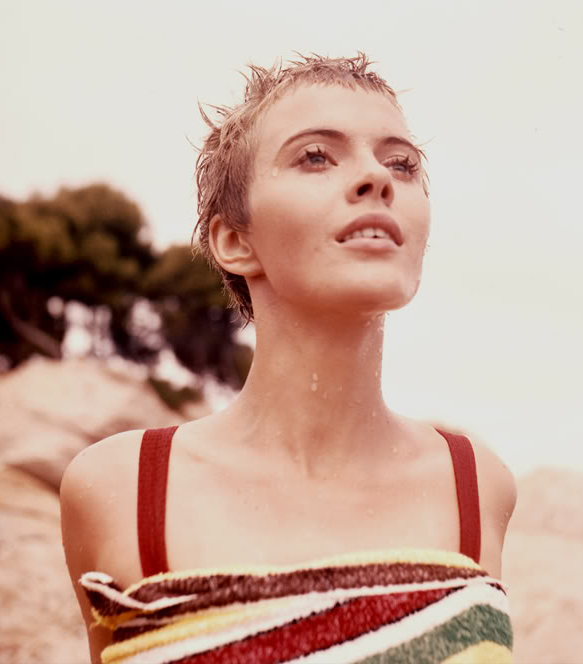